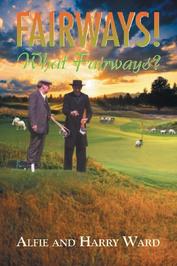 South Lanarkshire brothers, Alfie and Harry Ward have been smitten by the golf history bug for some time now. So much so, that they have compiled their local golf club’s history at Biggar, in a centennial book in 1995. From 1997 – 2003 they embarked on another golf adventure by totally restoring the tiny Abington golf course back to its authentic 1892 origins and opened it up for Hickory Play with wooden clubs and balls made of gutta percha. Their experiences are recorded in their book Fairways! What Fairways? published by Xlibris. More recently, Harry has continued with extensive research into The Forgotten Golf Courses of Scotland and another new book is imminent. The following articles retrace their footsteps in golf, and of those whom inspired their historical golf trip.

Whilst trawling through all known archives for information relating to Biggar Golf Club, we found ourselves inundated with lost accounts of golf clubs and their courses which had fallen from the memories of time. Not only had we ourselves, never heard of some of these golfing ghosts, nor had many of the elderly residents of the towns and villages where they existed, in Clydesdale. Clydesdale being the archaic name given for Lanarkshire, although it does appear to be making a comeback? Although mostly forgotten, the existence of these clubs and courses, littered all over Scotland, deserve their niche in history for the contribution they made initially, towards the considerable uptake of participants, and also to the massive increase generated to tourism, resulting in the rejuvenation of many rural areas.

The opening of Langlees (Biggar) in 1895 by Miss Thompson of Huntfield.

To explain. The sport of golf was in its “boom” mode during the 1890’s throughout Britain and beyond. Aided by the extensive rail network, fleeting passengers to every town and some villages, which were fortunate to have a station (or simply a platform), for disembarking passengers. Inland golf courses had become fashionable mainly due to the evolving grass cutting machinery which allowed the lusher and longer inland grasses to be manicured to suit the golfers needs. Mainly to provide short fairways, where they had less chance of losing their golf balls. The inland course had come of age and paved the way for mass participation.

The creation, or ‘laying out’ of a new golf course required three essential elements. Suitable ground; golfers; and someone with a little, or even extensive knowledge, in how to lay off the course. Many a famous golfing legend would lend their names to the Clydesdale courses including, Old Tom Morris of St Andrews, Willie Park Jnr of Musselburgh, Willie Fernie of Troon, Ben Sayers of North Berwick and the great James Braid who won The Open Championship no less than five times between 1901 - 10. These great players, mostly in their later years, had discovered a new and valuable source of income from what was now termed – ‘a golf course architect’.

To ease the drudgery of library research, we would embark on field surveys to locate these lost courses of yesteryear and a lot of door knocking sometimes produced a welcome cup of tea in the pursuit of information, and perhaps some photographs if we were lucky. The dream ticket was to find the missing minute books, but these have remained elusive to this day with the exceptions of Leadhills, Biggar, Lanark, Carnwath and Carluke. If anyone has information they would like to share with us, we would be delighted to hear from them.

It was while we were researching the course at Roberton village, that Harry had sprung the suggestion of restoring one of our new found treasures back to its former glory. The short story is, that this is exactly what we did, not at Roberton, but at nearby Abington village. Both of these villages had employed the services of Willie Fernie to lay out their courses in 1892. Perhaps on the same day, we’re not sure? Such an undertaking was made easier due to the fact that we had in our possession, small sketches of the course layouts which many a club would publish in the city newspapers by way of promoting a new course and venture.

​Of course, in Clydesdale we also possess the excellent trout fishing of the river Clyde, winding its way westward from its source at the Lowther hills (Leadhills) to the sprawling city of Glasgow and the Firth of Clyde. Industrial Glasgow and its suburbs were a rich source for hundreds, if not thousands, of would be golfers and, or, fishers wishing to escape the pollution of the city for the clean air of the countryside at the beginning of the twentieth century. The aftermath of the industrial revolution.

All in all, the residents of Clydesdale took to golf in no fewer than fifteen towns or villages within its boundary, with some of these relocating their course to a different piece of ground on one or more occasions. The reasons for this nomadic relocation vary from the original course being unsuitable for good golf, or that they may have lost their right to play on that particular piece of ground. Of course, this revolution took place in every nook and cranny of every region in Scotland. Some of these forgotten gems will be explored in future articles. 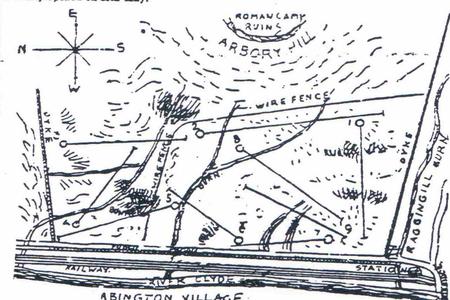